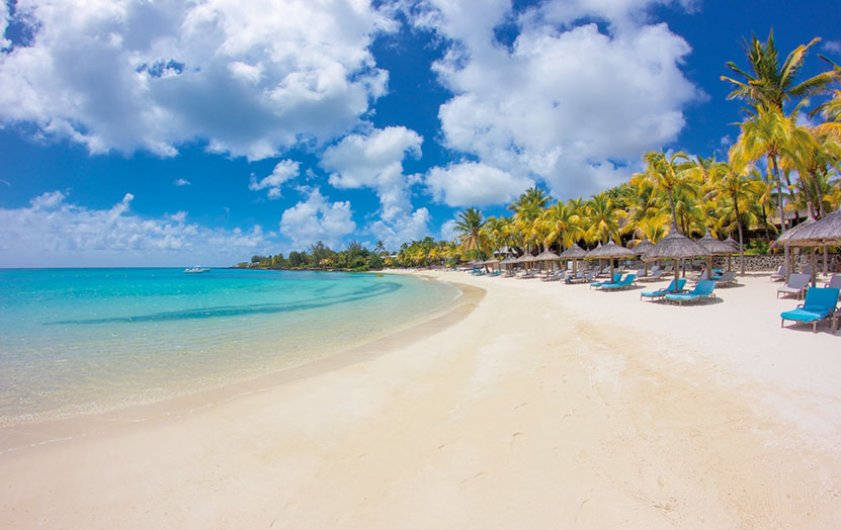 Mauritius as an area situated close to The Tropic of Capricorn has a tropical climate, and therefore the year on the island contains two seasons: summer which lasts from November to April and winter from June to September. May and October in Mauritius are commonly regarded as transition months. The weather is pleasant and sunny in general. Also, the temperature difference between the seasons in Mauritius is not large. Mauritian weather has not got distinct rainy season, however most of the rains occur in summer. Sea temperature keeps above 20C and varies between 22-27C degrees. The Island receives great hours of bright sunshine daily, depending on the area and the season the amount differs from 6 to above 8 hours.

The summer in Mauritius extends from November to April. It is characterized as a warm and humid season in Mauritius. The hottest months are January and February (February both the hottest and the wettest month on the island) when the temperature reaches 30C and above. As mentioned above, the rainfalls are mainly accumulated in summer and they are usually might be seen in February and March. Cyclones that sometime occur between January and March usually last a day or two.

The winter in Mauritius is regarded to have the most comfortable weather to visit the island. It is cool and dry comparing to summer. The coolest and rather windy (east coast) months are July and August. During these months, the night temperature may go down to 16C. However, in the daylight the weather is nice, rather warm and rain-free in the most of the regions of the island (the weather of the central plateau and the east coast may differ). Mauritian summer weather is comfy for many kinds of sport activities such as wind-surfing, hiking trips etc.