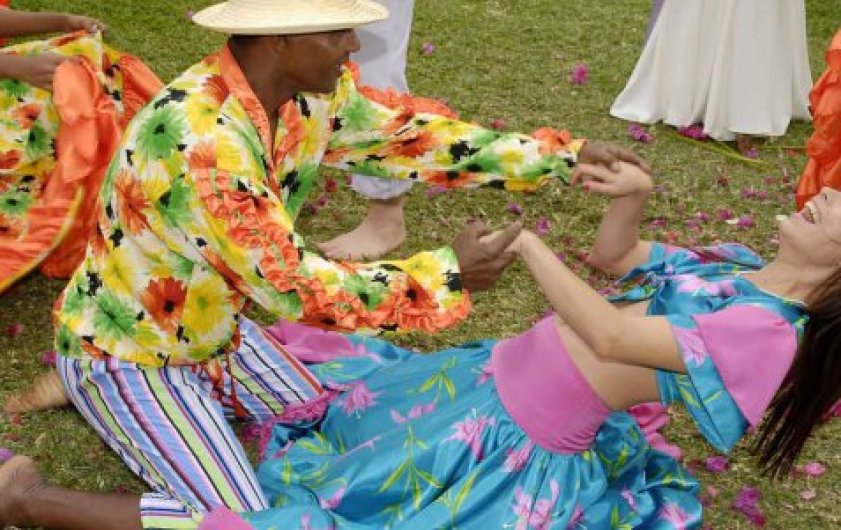 We Mauritian are very fond of music. Every ethnic community of the island has its on rhymes for self-expression. Those rhythms were brought here by settlers from their homelands centuries ago and maintained until present days. For instance, the Indians listen to the traditional Indian music, they hum popular songs from the Indian films. Indian weddings are accompanied with slow songs in forgotten Sanskrit. You could imagine a Chinese Mauritian singing a Chinese melody while taking a shower.

However, there is music that nor an Indian, neither a Chinese are unable to resist, let alone a Creole! It is Sega music and Mauritius is its birthplace. It makes everyone dance and even streets vibrate following its melodies. That’s what music of Creoles and of Mauritius island is.

Traditional Sega is played with three instruments: the Ravanne (a wooden hoop with stretched goat skin), the Maravanne (rectangular box with seeds or sand), and the Triangle (metal triangle that produces high notes.) Sega originates from ancient African rituals. On Mauritius, slaves danced Sega after long working days on sugar cane plantations. They warmed the Ravanne at fire, which they had made on the beach, to loosen to skin – that makes the drum sound better. Then they warmed they hearts with a sip of araca, a cheap rum, and burst into dance. Males and females danced barefoot on sand expressing their liveliness and thirst for freedom.

This Creole dance sets off immediately and keeps you moving. There is nothing special: just swaying hips, shifting from foot to foot and moving shoulders. It is easy but still requires some practice. If you book holiday packages in Mauritius, you will have the opportunity to learn it to perfection.

So, who are Creoles and what is Creole culture? It is an interesting issue. The term “Creole” is applied to a person born far away from his native land on the territory where his ancestry had moved or been made to move. It is often referred to people originate from Africa and a Creole village is a former colony of a great empire. The word itself appeared about 500 years ago, in the Age of discovery, when the slavery started flourishing. Creole culture is a mix of settlers and the native population of the colonies which leads to the curious results. For instance, Creole-speaking Mauritian can freely communicate with residents of the islands of the Indian, the Atlantic and the Pacific that used to be French colonies.

Mauritian Creoles are charming people of different skin colors and dissimilar features. Creoles, Indians, Chinese and Europeans call themselves Mauritian and live in peace and unity.

Visitors of the island call us «Le people adorable», which means «nice, adorable people». And today we are going to dance Sega till we drop! 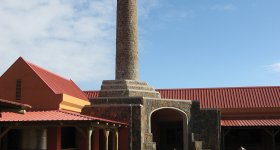 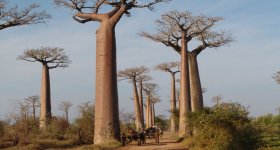 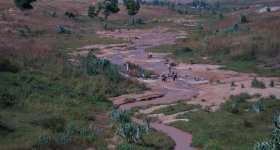